After Lewis and Clark: Watercolour Diaries made following their route

In 1804 the official charge to Merriwether Lewis and William Clark from President Thomas Jefferson was to document the topography, geology and ecology of the land between the Mississippi and the Pacific Ocean for the future benefit and knowledge of the American people. In effect they were given the task of discovering and documenting a trade route across the continent.

In the summer of 1999 Tony Foster spent three months doing a series of journeys on foot and by canoe and kayak working specifically in the section of the journey which was uncharted before the Lewis & Clark expedition.

He travelled and painted along the unspoilt sections of the Missouri from its confluence with the Milk River in Montana up to Lemhi Pass, on sections of the Blackfoot, Yellowstone and Jefferson rivers. Over the continental divide he worked along the Lollo Trail, the Clearwater and Pelouse rivers and at the confluence of the Snake and the Columbia rivers.

The journey was not planned as a reenactment of the the original journey but as a way of using it to string his watercolour diaries together. In his work Tony has recorded something of the grandeur of the scenery.

The resulting exhibition of twenty-two paintings has been shown at the Sun Valley Center for the Arts & Humanities, Idaho, and at the Boise Art Museum, Idaho

Each picture has a handwritten diary entry about Tony's experiences while painting. For example:

"11 July 1999 • with BV • huge carp 10-15 lbs swim on the surface their dorsal fins cutting the still water as they scoop up food • as our canoe approaches they dive with a tremendous swirl + splash • a beaver chugs slowly across, its face questing left + right, then disappears into a reed bed"

Previous
Displaying 1-8 of 11 paintings
Next Show all 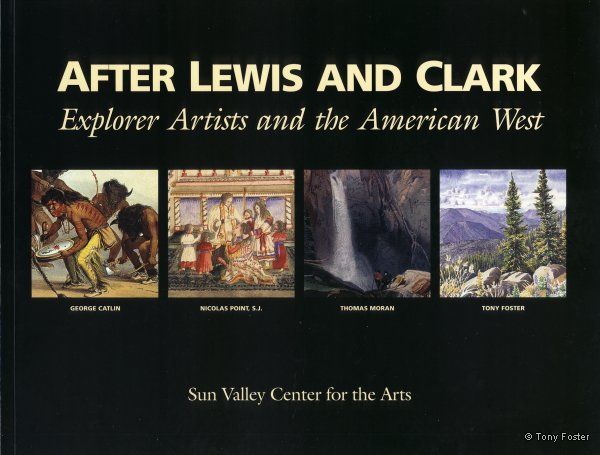 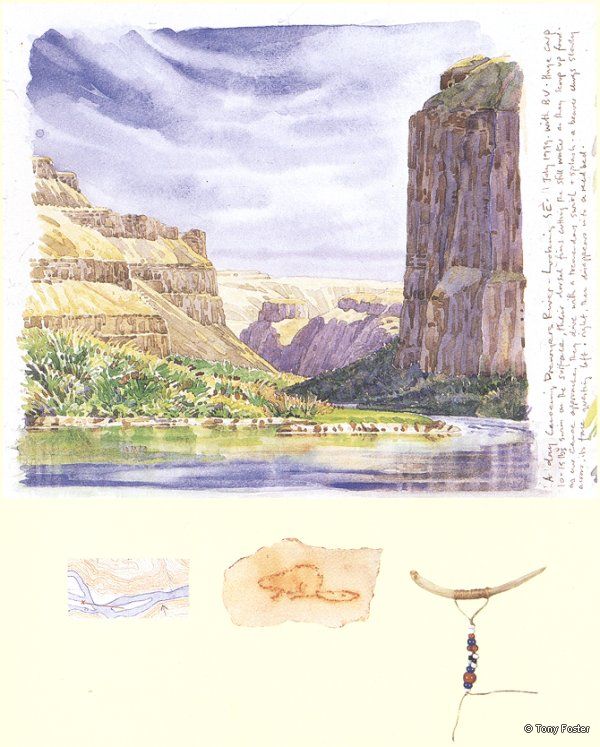 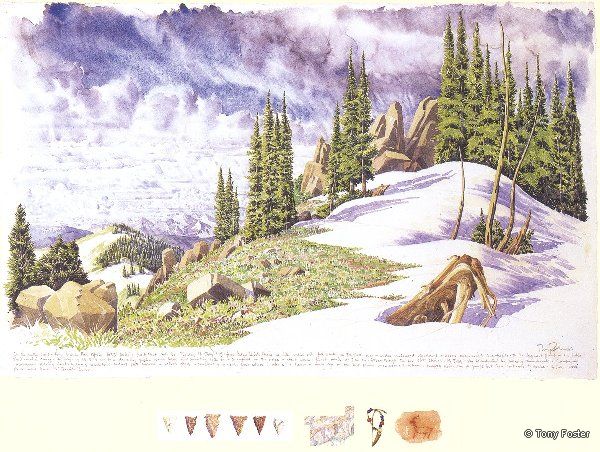 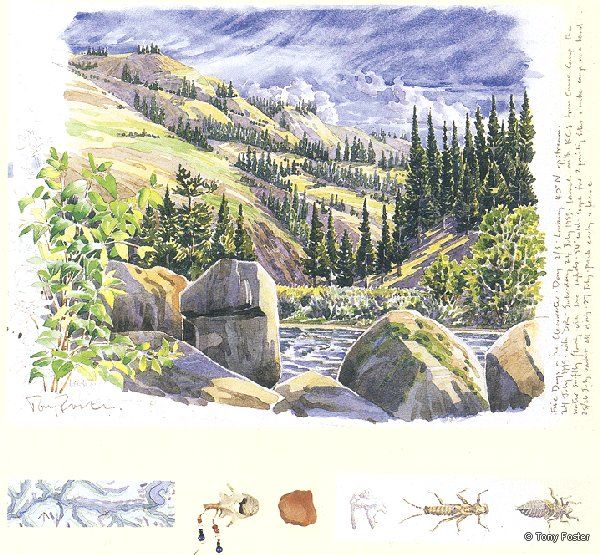 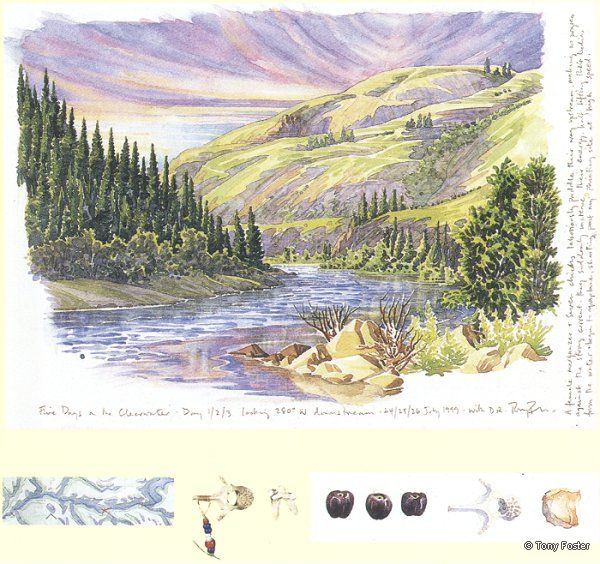 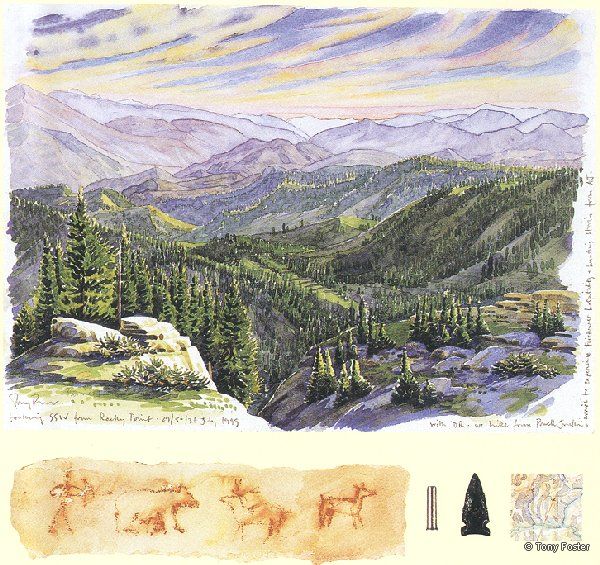 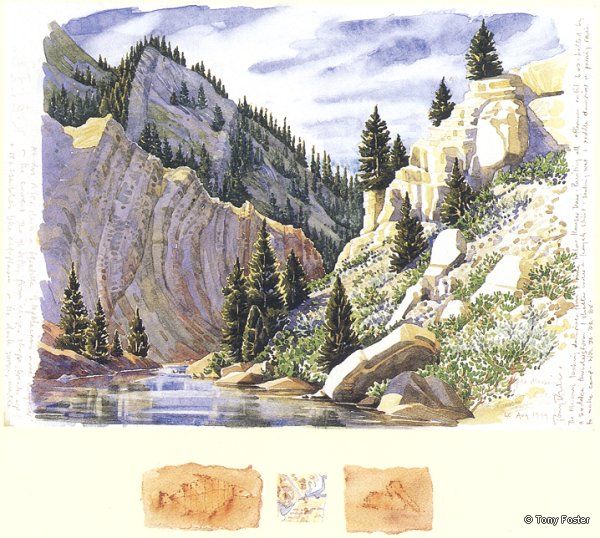 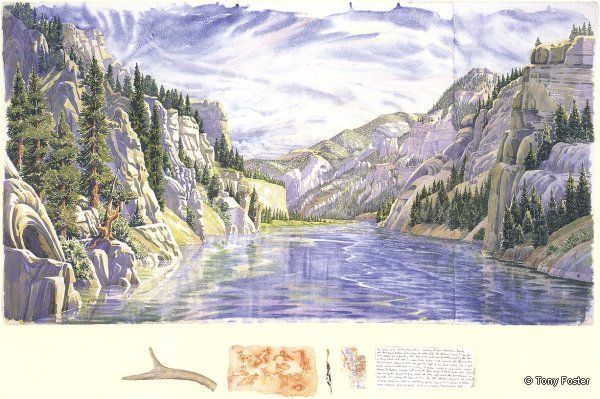 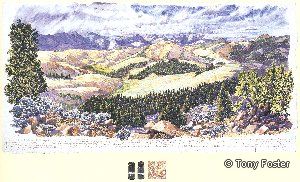 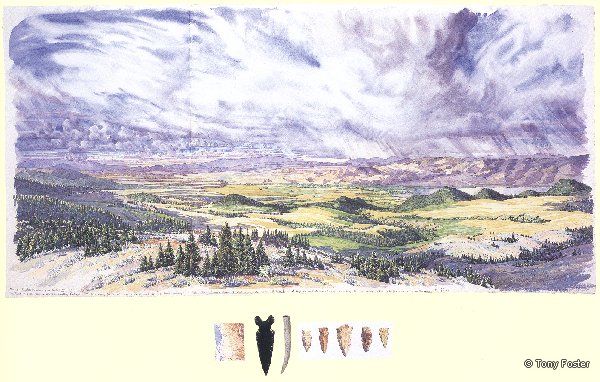 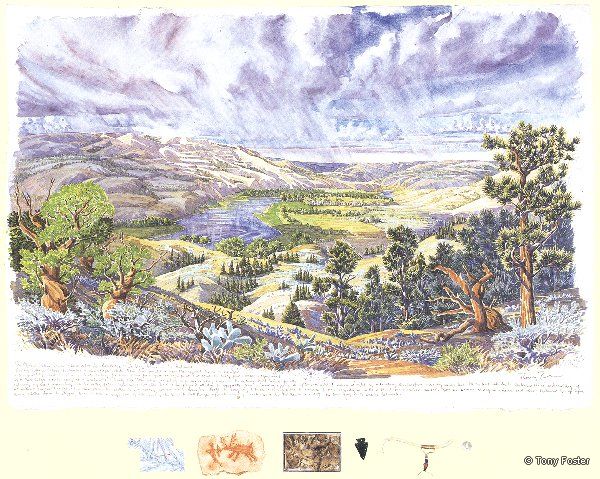 Previous
Displaying 1-8 of 11 paintings
Next Show all