For nearly 35 years English artist Tony Foster has worked in the World’s wildernesses - mountains and canyons, rainforests and deserts, the Arctic and the Tropics.

Travelling slowly - on foot or by canoe or raft, and carrying his painting and camping equipment he makes his paintings in response to what he finds on his journeys.

He does not use photography or sketches but makes his paintings on site, often in the most difficult and uncomfortable circumstances. Sometimes a large-scale work (up to 7 feet by 4 feet!) will take more than two weeks on site before it is sufficiently resolved to roll into its aluminium tube to be completed in his studio in Cornwall.

The paintings are not simply landscapes - by their inclusion of written notes and symbolic objects they record his observations and experiences during his time in the wilderness.

For nearly 40 years I have made my art in the world’s great wildernesses – rainforests, deserts, mountains, canyons, the Arctic and the tropics. Nobody can spend long periods of time in these places without becoming concerned for their future.

Whilst painting in primary rainforest I heard chain saws whining and enormous trees crashing to the ground. I canoed down clear rivers where gold dredgers poison the water with mercury; camped in pristine deserts knowing the prehistoric water tables were being sucked dry. In the Arctic, as the ice melts mining companies are moving into pristine landscapes. Sitting underwater on scuba, I have drawn myriads of fish of unimaginable variety and beauty to find a year later the corals bleached and the fish gone. 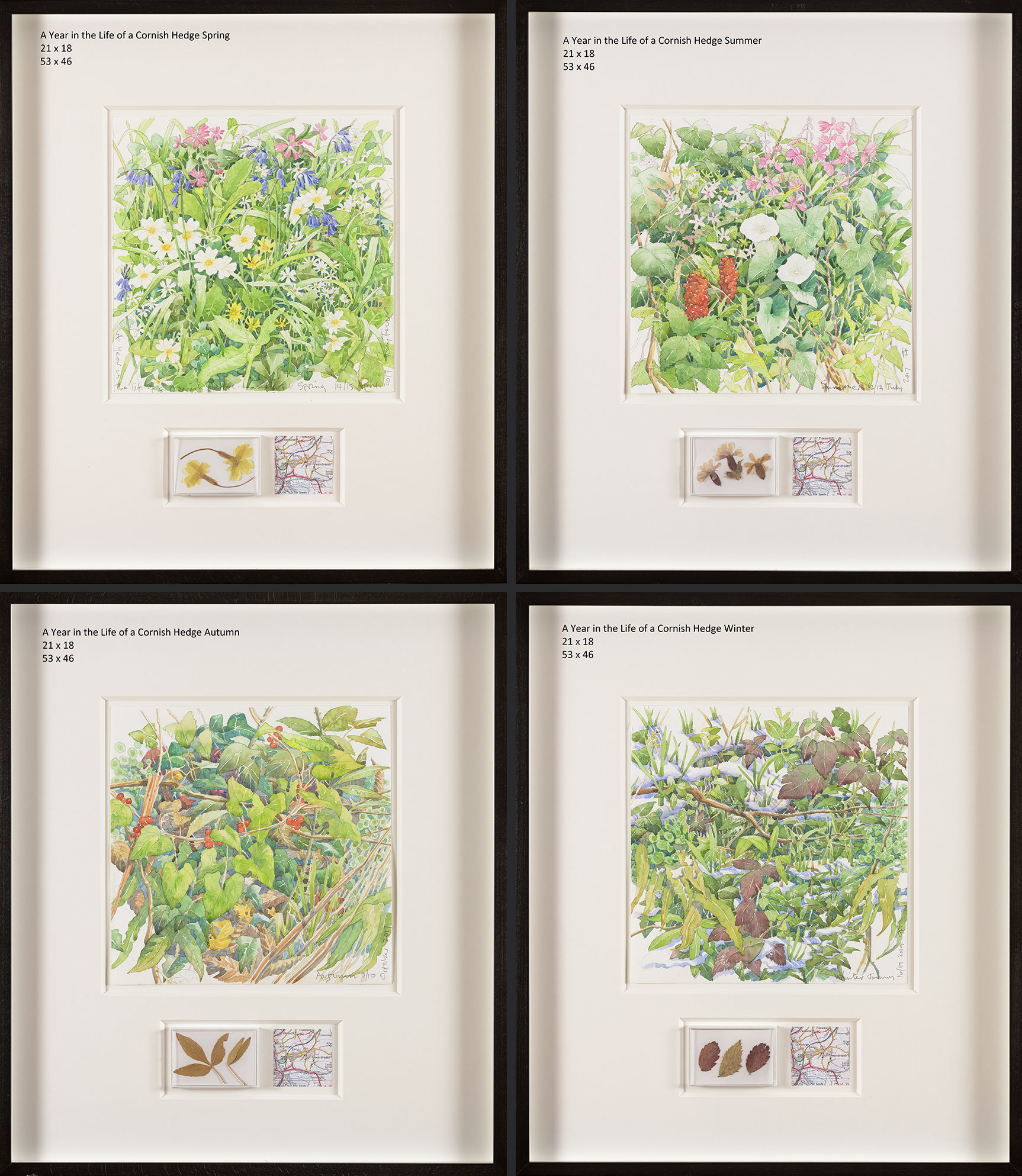 During lockdown my focus has necessarily been on my Cornish locality. I have made a group of paintings about the natural wonders to be found on my own doorstep. Although one of the most beautiful places in the world, I believe Cornwall is as much under threat as other places. We are facing pressure from unsuitable developments. Second homes and Air B&B hollow out communities. Catchpenny tourism schemes are continually promoted. The careless destruction of nature proceeds unabated.

With the recent authoritative, and highly alarming, scientific reports on climate change and Sir David Attenborough’s compelling programmes on species loss I realise that subtle visual messages on their own are not enough.

This exhibition will show, not only my paintings of the extraordinary places in which I have worked, but also describe the various threats they all face and the actions we can all take to mitigate their destruction.

Further details at the royalcornwallmuseum.org.uk

The Lockdown Diary print that Tony created last year has now raised over £60,000 for green charities including the Rainforest Trust UK, the World Wildlife Fund and Cornwall Wildlife Trust! Thank you so much to everyone who bought the print.

Tony now has his own Wikipedia page: https://en.wikipedia.org/wiki/Tony_Foster_(artist)

Searching for a Bigger Subject: Everest and the Grand Canyon

The Whole Salmon: Watercolour Diaries on the Salmon River

After Lewis and Clark: Watercolour Diaries made following their route