A major retrospective exhibition of Tony Foster's wilderness paintings entitled "World Views" was shown in the prestigious Frye Art Museum in Seattle in 2000 and moved to New York and San Francisco in 2001.

This exhibition brought together nearly a hundred of Tony's most important paintings from collectors in Britain and America. It was curated by Duncan Robinson, the Director of the Fitzwilliam Museum, Cambridge. The exhibition was supported with an 88 page catalogue available from Amazon.co.uk

All his major themes from the last twenty years were represented - Thoreau's Country (Journey's in New England), John Muir's High Sierra (from the Sierra Nevada in California), Exploring the Grand Canyon, Rainforest Diaries, Arid Lands (Journeys through Deserts), The Idaho Rockies, and his exhibition about volcanoes, "Ice and Fire".

Hanging alongside paintings of some of the world's great wildernesses were two borrowed from Cornwall in the United Kingdom of Tywardreath Marsh, just half a mile away from Tony's home in the village of that name. Tony explained that, although in Britain the wilderness was cultivated thousands of years ago, there are still tiny pockets of uncultivated wild places which are worth celebrating and protecting.

Alongside the exhibition a eighty-eight page catalogue contains an engaging foreword by Richard V. West, a section by Tony Foster explaining his motivation and approach and a chapter by Duncan Robinson, the Director of the Fitzwilliam Museum, Cambridge and former Director of the Yale Center for British Art who describes Tony Foster as both environmentalist and artist whose watercolour diaries have captured the imagination of so many of us, alongside 76 plates of Tony Foster's watercolours. 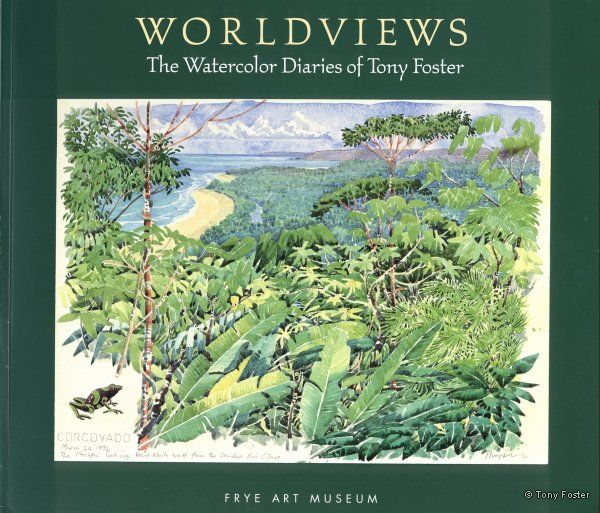 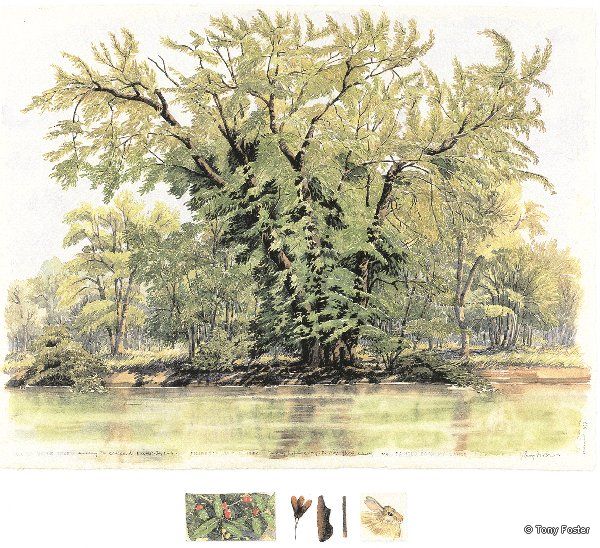 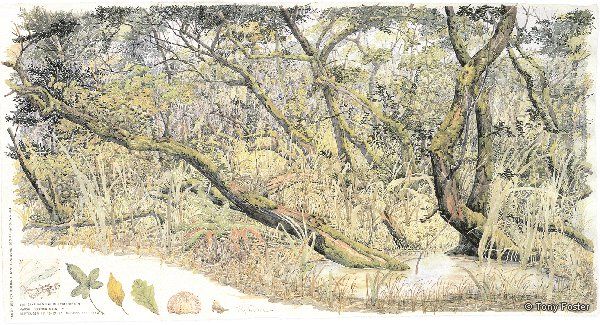 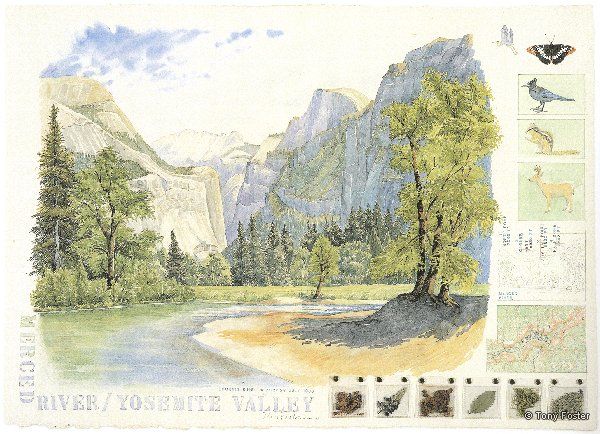 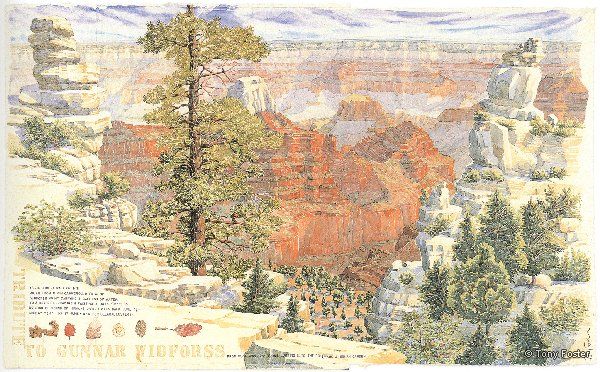 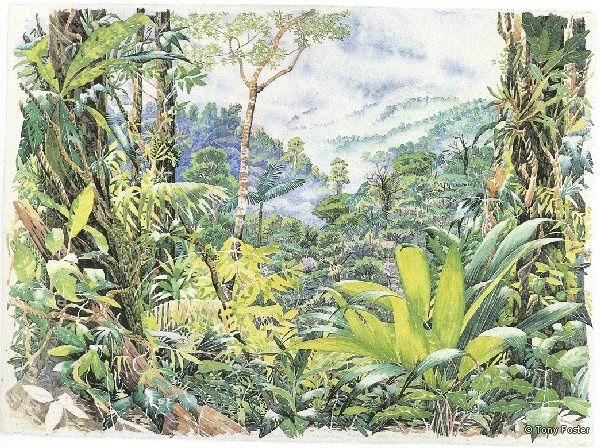 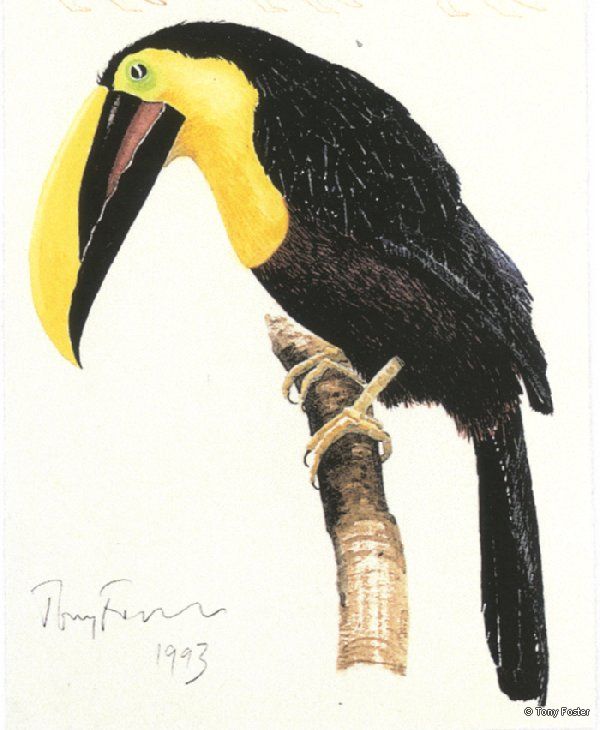 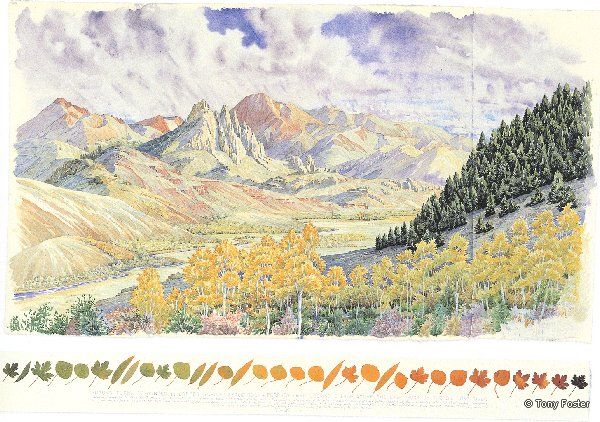 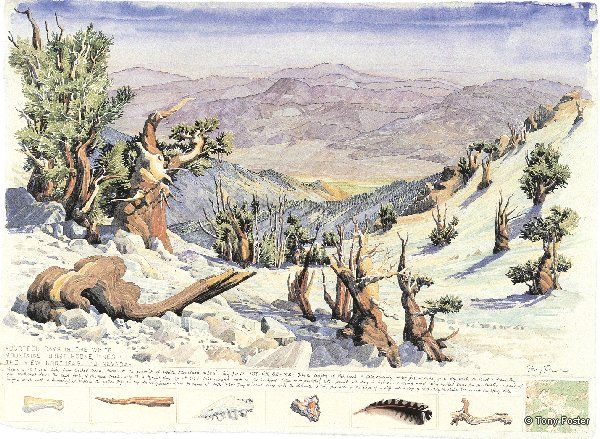 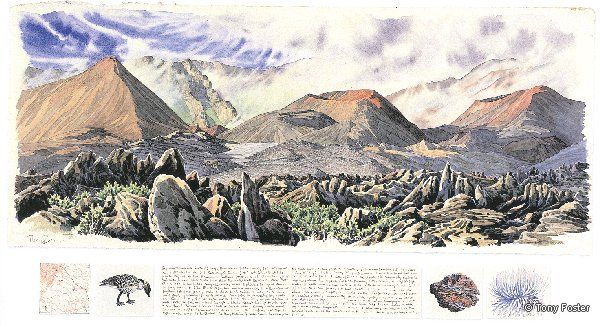 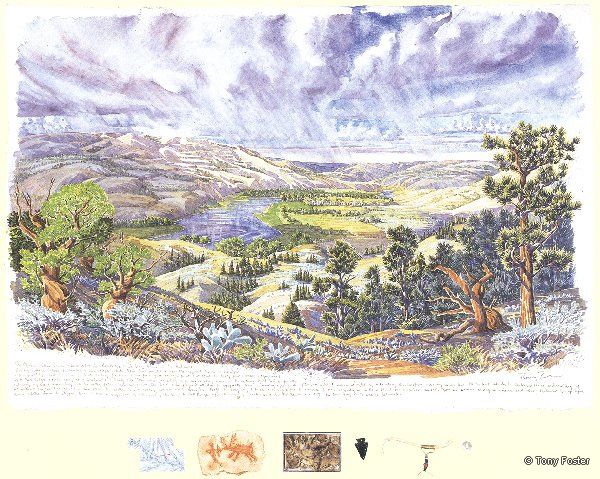